A Cheadle chef is preparing for one of the most exciting catering assignments of his career – helping prepare up to 1,000 meals for some of the biggest names in golf.

Craig Rigby is Head Chef at the JCB Golf and Country Club and will be leading the catering team at the first JCB Championship which takes place from Friday, July 29th to Sunday, July 31st.

The event - part of the renowned Legends Tour – means he and his team will providing meals for some of the most famous stars from the world of golf, including the Ryder Cup’s Darren Clarke as well as Ernie Els, Vijay Singh, Colin Montgomerie and John Daly.

The JCB Championship will see international golfers competing for a total prize fund of £600,000 with all profits from the event being donated to JCB’s NSPCC Platinum Jubilee Appeal. It will also be a rare chance for local spectators to enjoy a day out at the course which has been hailed a masterpiece in contemporary design.

Craig, 57, who is a former British Army chef as well as a keen golfer, will be leading a six-strong catering team at the prestigious club adjacent to JCB’s World HQ at Rocester. And with the countdown now on to the high-profile event, Craig, who plays off a four handicap, is urging local golf fans to flock to the JCB fairways and watch the stars in action as tickets sell quickly.

It really is great to be involved in the JCB Championship. I’m a keen golfer myself so it’s genuinely very exciting to be leading a team of people catering for some of the world’s best-known players, who I’ve only ever previously seen on TV.

“We will be responsible for the catering in the Champions Lounge and the Club House and the emphasis will be on using seasonal food in a buffet style which will provide the players with all the energy they need to play this fantastic course.”

JCB Golf & Country Club General Manager Mark Addison added: “The JCB Championship promises to be a fantastic opportunity to watch golfing icons who between them have won seven Open Championships and made more than 35 Ryder Cup appearances.

“We expect up to 15,000 golf fans will visit the course over the three days. It is a rare chance for the public to enjoy the very special setting of the JCB Golf & Country Club and its 240 acres of rolling countryside. It really is an event not to be missed.”

The event promises to be a great day out for spectators, featuring a JCB Fanzone with high quality food and drinks outlets, shops and a golf simulator for visitors to test their golfing skills - and the chance to win a special prize. Complimentary parking will be available within a 10-minute walk of the golf course.

For more information and for tickets visit: 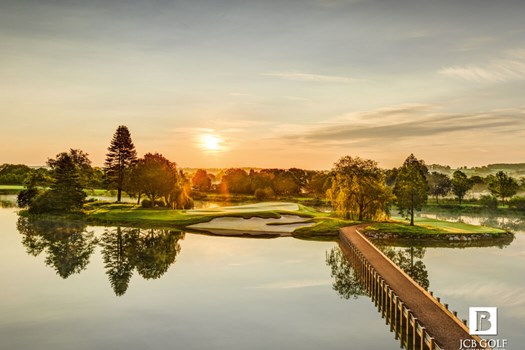