One of the favourite fixtures of the Staffordshire summer calendar is making a welcome comeback next week – with hundreds of entrants already signed up.

It is almost 40 years since the first ever JCB Lakeside 5 and Fun Run was staged – and now it is back after a two year pause due to Covid on Thursday, September 1st. All proceeds from the event will be donated to JCB’s nominated charity, the NSPCC, to support its work in Staffordshire.

And as the organisers prepare for the 37th annual running of the event, one thing remains unchanged – two runners who have competed in every race since it began will again be on the starting line. Stalwarts Charles Bevan, 75, of Abbots Bromley, one of the event’s founders, and Mick Grindey, 60, of Uttoxeter – both former JCB employees – took part in the first event in 1983.

I am absolutely delighted that the Lakeside 5 and Fun Run races are returning, and it is great to see so many runners already registered. However, there is still time to sign up for the races and help raise some money for a great cause.

The 2.2-mile fun run takes place around the JCB grounds and country lanes at 7pm. The undulating five-mile JCB Lakeside 5 takes in the glorious JCB grounds around the World HQ at Rocester before heading on to the local village roads and finishing on the JCB sports fields. It also starts at 7pm.

To register for this year’s events, visit:

The event was originally due to be staged on July 14th but was rescheduled when race organiser Mick Grindey contracted Covid. 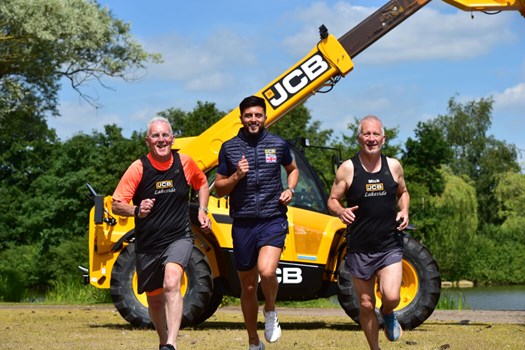